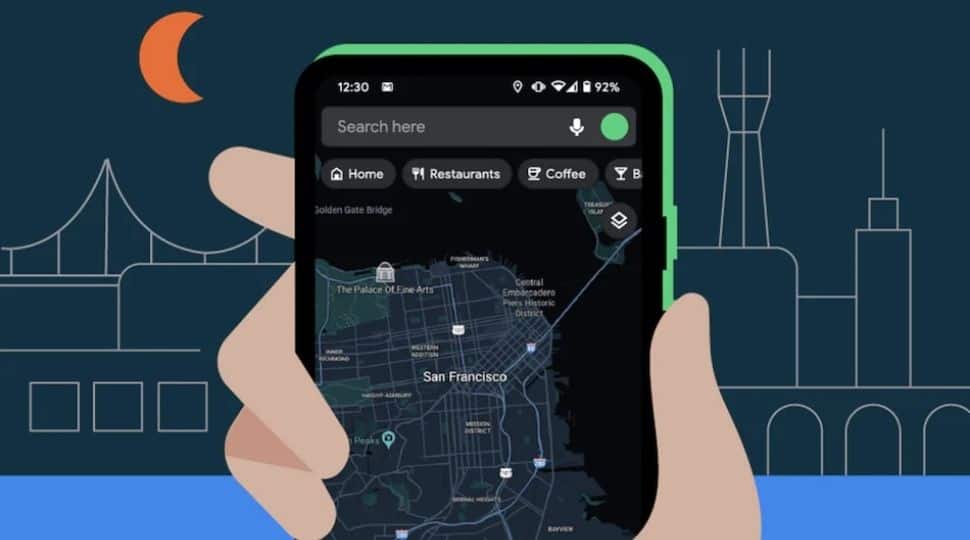 
Google has released dark mode for the android based mobile app on Tuesday (February 23). Google has been internally testing this feature since September 2020.

The global technology giant rolled out this feature and a statement that said “These days, we are all experiencing a bit of screen fatigue. With the dark themes in Google Maps soon expanding to all Android users globally, you can give your eyes much-needed break and save on battery life”.

The feature is available on the Android-based Google Maps app. Users will need to update the app in order to get this feature. After getting the latest update, users can turn it on for their entire phone. Users will need to go to the Setting menu and then into the Theme menu. The dark mode can be applied by following this step.

Google has also introduced a few updates to Android Auto. Android Auto gets custom wallpapers and users can now enjoy games specially developed for it. For long drives, you and your fellow passengers can get entertained with voice-activated games such as trivial and Jeopardy. The users will just need to say, Hey Google, play a game” and can enjoy the games on the go’.

Android auto has received a feature where split-screen is offered and the maps are shown simultaneously with the media controls. This is similar to what Apple CarPlay had offered in iOS 13.

Google is also adding shortcuts on the launch/ home screen which will give quick access to weather and many other things.

Google Maps dark mode will roll out in some time. The Android Auto features will be available on smartphones running Android 6.0 and above in compatible vehicles.