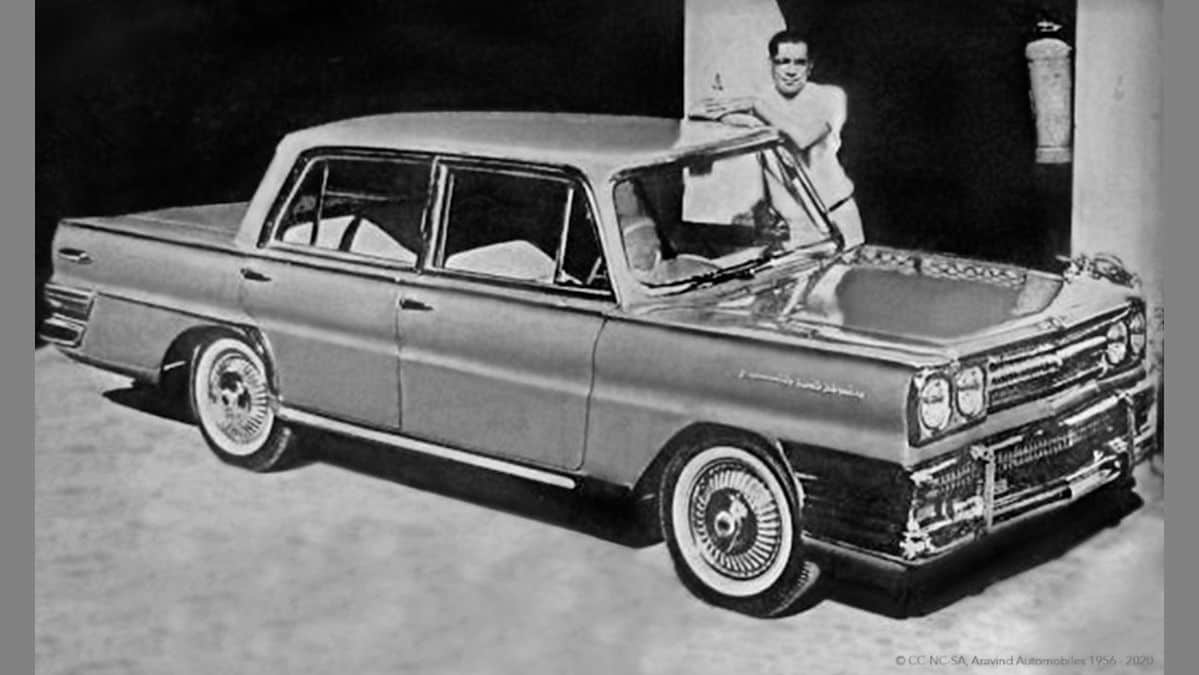 
India’s oldest automobile company wants to get back into cars, by launching new EVs. Before ‘aatmanirbhar’ was a slogan, Kunnath Ayyath Balakrishna Menon built what is perhaps the first fully Indian-made car. Over the years, the Aravind Model 3 faded into obscurity, but his grandson, Ratish Ramachandran, is taking a leaf out of the Tesla toolkit, and plans to revive the brand and launch new EVs, citing Elon Musk as an inspiration.

As Ramachandran spoke to Gadgets 360 about how Aravind Automobiles came into being, he instantly transported me back to the 1950s. In the 1950s post-independence India, Menon saw that there was a huge market for completely reconditioned and rebuilt cars. This led to the establishment of Prompt Motors, his automobile workshop, in 1952. But it was a ride from Kottayam to Thiruvananthapuram in 1955 in his 1947 Studebaker Champion that turned the 38-years-old Menon’s life upside down and led to the creation of what is, perhaps, the first completely indigenously-produced car in India, Ramachandran explained. He told us that Menon met with an accident during the ride which completely wrecked his car and landed him in the hospital for three months. He came out of the hospital to the news that Prompt Motors had to shut down.

When Menon came to know about what happened to his beloved Studebaker, he decided to rebuild it. As Menon would frequently visit the Aurobindo Ashram in (then) Pondicherry, he named the company after the spiritual leader, calling it Aravind. Since the car had to be built again from scratch he decided to change its shape.

The car that he built in a new avatar in 1955 was called the Aravind Iddy Champion, one of the only three cars produced by Aravind Automobiles. In Malayalam, the word ‘iddy’ means hit or punch. The name seemed ideal for the car which took a massive blow but yet managed to make a comeback.

The next car by Menon came almost 10 years later, in 1965. Menon built the second car from Aravind Automobiles, the Model 2: Aravind Palace Special for the Maharaja of Travancore. The Palace Special was built by Menon using the engine of a 1939 Cadillac Fleetwood belonging to the Cowdiar Palace, Trivandrum. The construction of the car which cost Rs. 15,000 back in 1965 took about 10 months to be completed. The Palace Special caught the attention of some important eyes in the automobile circles with an American magazine remarking that they “shudder to think what the costs would have been if American craftsmen had been used for this project”. 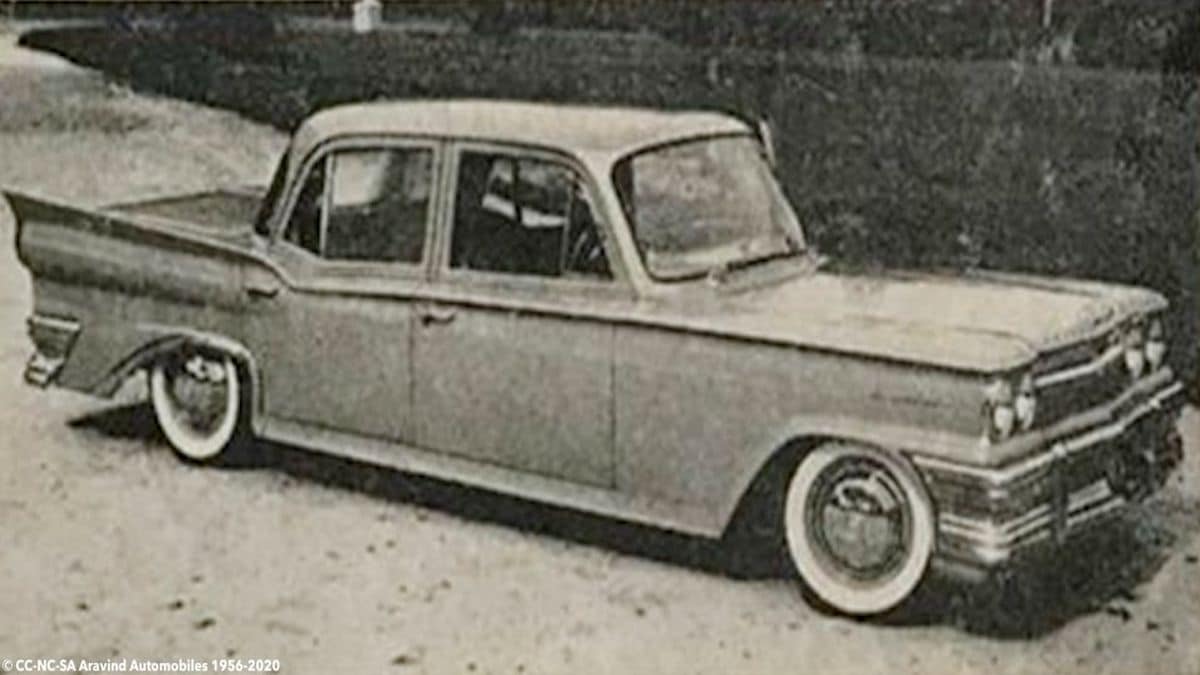 The Palace Special was built by Menon using the engine of a 1939 Cadillac Fleetwood
Photo Credit: Aravind Automobiles

In 1966, Menon came out with prototypes of Model 3 specifically for India’s Small Car Project. The car was called the Aravind ‘Baby’ Model 3; the car was like Menon’s baby, according to his grandson, Ramachandran. The Model 3 was a classic sedan. A few parts of the car including the engine and the gearbox came from a Fiat 1100 Delight. Menon’s vision was a car for the emerging India. But what was to come was not so pleasant for Menon.

Once the prototype was in place, Menon went on to apply for an industrial licence from the Union Government which was headed by the then Prime Minister Indira Gandhi. The government responded to Menon’s request asking for further clarification regarding certain technical aspects of Model 3. No record of the replies are to be found. 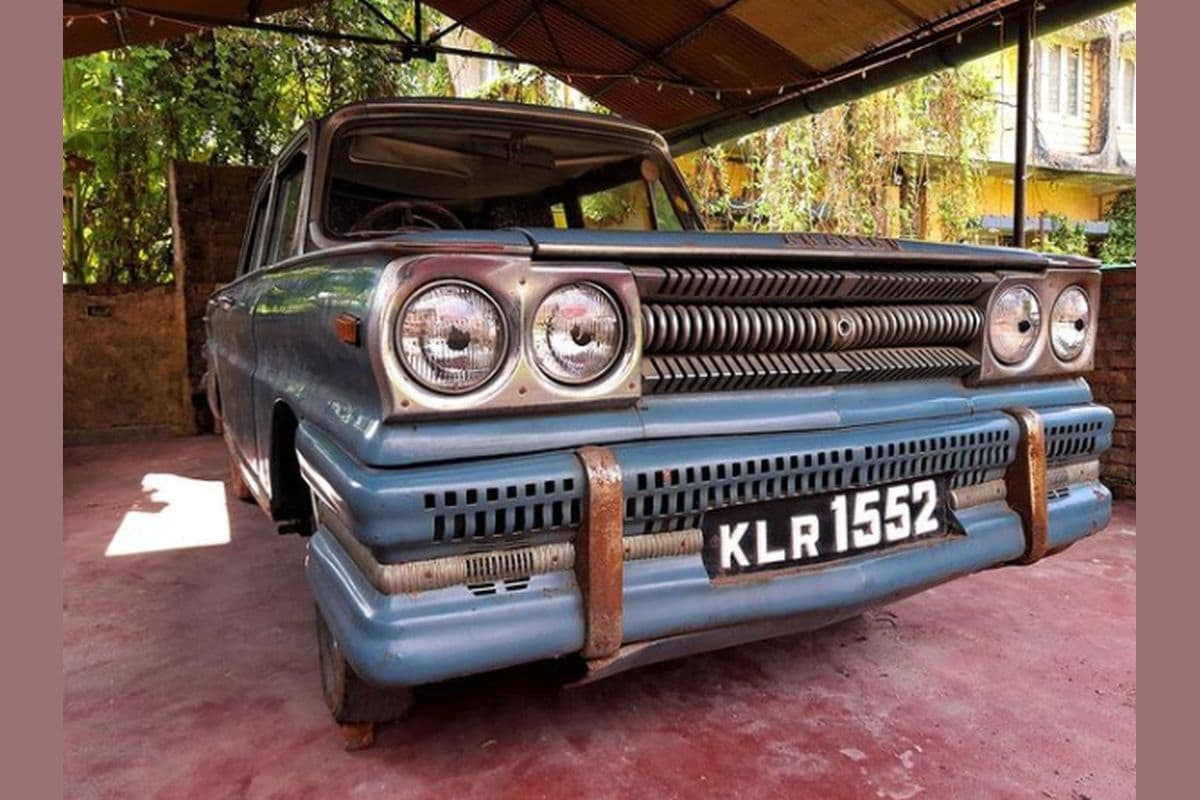 Four years later, in 1970, Aravind Automobiles was presented in Lok Sabha along with a fleet of 16 auto companies seeking license to mass produce in India, Ramachandran said. The Ministry of Heavy Industry rejected Menon’s proposal and his grandson told us that the rejection of his masterpiece hit Menon hard. The very next year, in July 1971, Menon died of a heart attack.

Menon’s grandson Ramachandran is following in the same spirit that saw Prompt Motors get revived as Aravind Automobiles — he plans to relaunch the brand with luxury and performance EVs ala Tesla.

Ramachandran, an automobile engineer by profession, worked in the publishing industry as well before deciding to shift his focus to Aravind Automobiles. Ever since Ramachandran became aware of the significance of the brand and the magnum opus that his grandfather had created, he has always wanted to relaunch it.

“Tesla has been a very important deciding factor…,” mentions Ramachandran when asked about his decision to restart the brand as an electric vehicle, “Elon (Musk) is not a car person at all. That gave me a lot of guts to pursue this.”

Talking about his ambitions for the Aravind Model 5 concept, codenamed Halcyon, Ramachandran remarks, “We are going to make the first Indian car to hit the speed record on the Nürburgring…That is our target”.

As of now there is no shape of the car. Ramachandran indicates that Model 5 will be a niche production sedan. The company is looking to produce somewhere between 500-800 cars in the first round. He isn’t sure where the exact price range of the EV will stand. “I would give a range between Rs. 1.5 crores to 2.5 crores for the entry level models,” says Ramachandran. In comparison, you can buy the base model of a Tesla Roadster for $200,000 (roughly Rs.1.4 crores); and Tesla appears to be on the verge of entering India now.

The funding for the company is still in its “infancy stage, the money has started coming in but it is trickling in from angel investors,” said Ramachandran.

“We’ve went through the FFF funding, which was about a $100,000 (roughly Rs. 72.4 lakhs)… We’ve got a lot of companies and individuals who are very keen from the US and UK to put it (the money) in. We are looking at about five million (roughly Rs. 36 crores) but we will only be getting a part of that (now)… I would say, we are 10 percent of the five million through,” he added.

Talking about the possible launch date of the EV, Ramachandran said, “We are aiming for February 23, 2026 for the launch for the functional prototype. The date marks 60 years since the release of Model 3 by KAB Menon.”

He plans to start selling the EV “within a few months of the launch…We have started developing a concept drawing and we have started assembling the team. The team currently comprises 3D model professionals and two engineers among others.” First though, the company plans to work on “the restoration of Model 3 and creation of Model 5.” He added, “if you compare the two, the importance would be for Halycon in terms of time invested.”

Is Samsung Galaxy S21+ the perfect flagship for most Indians? We discussed this on Orbital, our weekly technology podcast, which you can subscribe to via Apple Podcasts, Google Podcasts, or RSS, download the episode, or just hit the play button below.