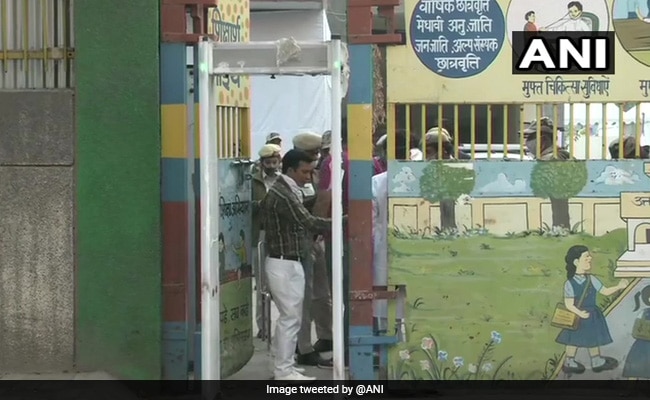 The ruling Aam Aadmi Party’s win in four of five seats in Delhi civic body bypolls is a message to the BJP for 2022 elections, Deputy Chief Minister Manish Sisodia said this morning as he congratulated the party workers. The counting of votes, which began this morning, was completed a little before 11 AM.

In a tweet, Deputy Chief Minister Manish Sisodia congratulated his party and wrote: “Congratulations to the Aam Aadmi Party workers on winning 4 out of 5 seats in the MCD by-election. People of Delhi are fed up of the BJP’s rule. In next year’s MCD election, people will vote for @ArvindKejriwal’s honest politics.”

The BJP – a relatively weak opposition in the Delhi Assembly – presently controls all three of the national capital’s municipal bodies.

The AAP controlled four of the five seats that were vacated after the sitting councillors were elected as MLAs. The fifth was held by the BJP’s Renu Jaju, who died in 2019.  The two parties had traded accusations of improper development in the city.

More than 50 per cent votes were cast in the bypolls for the five municipal wards held on Sunday.

Today’s win for the AAP comes nearly a week after the party’s entry into Gujarat politics with 27 seats in the Surat Municipal Corporation.

Arvind Kejriwal, who is looking to expand the AAP’s national footprint,  on Friday held a roadshow to thank the voters and supporters.

He also gave a message to the BJP  that retained power in its stronghold by winning 93 of 120 seats.

“If we are 27, they are 93. Numbers don’t matter. Every man in our party is enough for 10 rivals. People of Surat have given you the role of opposition. Don’t let them (rivals) do anything wrong,” Mr Kejriwal told supporters in a show of strength.

The BJP, however, claimed Mr Kejriwal’s party had lost deposits.