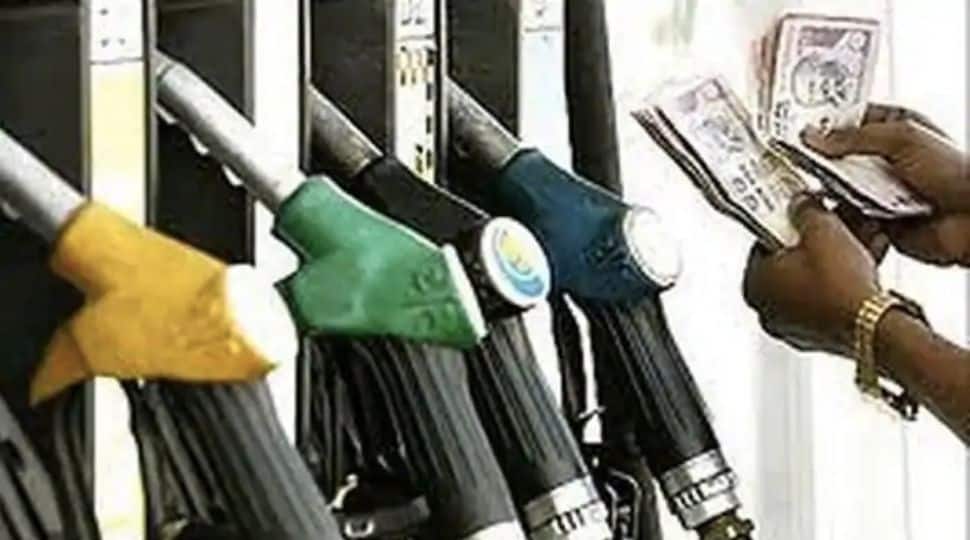 
Mumbai: Petrol price can go down to Rs 75 a litre across the country if brought under the ambit of the Goods and Services Tax (GST), but there is a lack of political will, which is keeping Indian oil product prices at one of the highest in the world, economists at SBI said on Thursday (March 4).

Diesel will come at Rs 68 a litre and the revenue loss for the Centre and states will be only Rs 1 lakh crore or 0.4 per cent of GDP, according to the calculation by the economists made under the assumption of global crude prices at USD 60 a barrel and exchange rate at Rs 73 per dollar.

At present, every state has its own way of taxing fuels, while the Centre also collects its own duties and cess. Petrol prices have touched Rs 100 per litre in some pockets of the country and concerns are being expressed about the high taxation which is making the fuels dearer.

The SBI economists said bringing petrol and diesel under the goods and services tax is an unfinished agenda of the GST framework and getting the prices under the new indirect taxes framework can help.
“Centre and states are loathe to bring crude oil products under the GST regime as sales tax/VAT (value-added tax) on petroleum products is a major source of own tax revenue for them. Thus, there is a lack of political will to bring crude under the ambit of GST,” they said.

At present, states choose to levy a combination of ad valorem tax, cess, extra VAT/surcharge based on their needs and these taxes are imposed after taking into account the crude price, the transportation charge, the dealer commission and the flat excise duty imposed by the Centre, they explained.

Growth in the consumption of diesel going up 15 per cent and petrol by 10 per cent has been used to assess the Rs 1 lakh crore fiscal impact of getting petroleum prices under GST, it said.
An increase of USD 1 in the crude oil prices will push up the petrol price by around 50 paise and diesel prices by around Rs 1.50, and bring down the overall deviation by around Rs 1,500 crore under the baseline scenario, it said.

States, which have the highest share of tax revenues at present, will be the biggest losers if the system shifts to GST, it said, quickly adding that such a move will help consumers pay up to Rs 30 less. Interestingly, the simulation exercise suggests that when crude oil price declines by USD 10 per barrel, Centre and states could save close to Rs 18,000 crore, if they keep the petrol prices at baseline prices without passing the benefit to consumers, which is higher than the savings of Rs 9,000 crore when the crude prices go up by the same measure.

“We thus recommend the government build up an oil price stabilisation fund which can be used in bad times for compensating revenue loss by cross-subsidising fund saved from good times, without hurting the consumer,” it said.

For the LPG cylinders, the economists proposed an increased and graded subsidy may be provided to poor consumers which can be tapered off over a period of, say, 5-years.

Meanwhile, the note said the latest revenue and expenditure numbers could lead to lowering of fiscal deficit to 8.7 per cent in FY21, down from 9.5 per cent in the revised budget estimates. It is highly likely that the Government might cancel its Rs 49,000 crore borrowing planned in the last fortnight of March, they said.