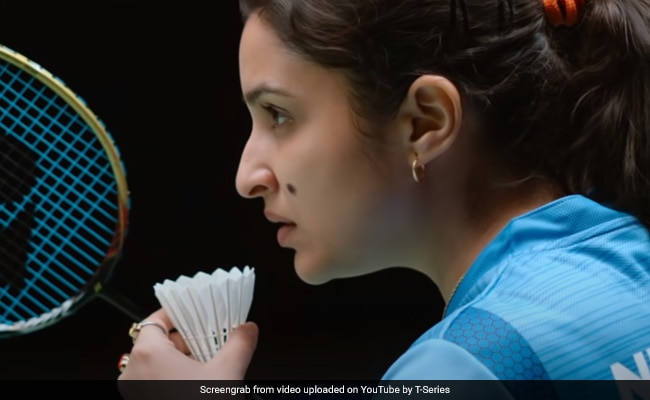 Ever since the makers of Saina released the film’s poster, a lot has been said by Twitter users – good, bad and everything in between. Here’s a little background. One of the film’s posters, sans the film’s lead actress Parineeti Chopra, showcases a hand movement which is more like that of a tennis serve and not badminton. A badminton shuttle is not tossed high up in the air and the player must make contact with the shuttle below the waist in the game of badminton. A section of the Internet highlighted the oopsie in the film’s poster. However, the film’s director Amol Gupte justified the stance and wrote on his unverified Facebook profile: “So much speculation in the digital media about the poster… “looks like a tennis serve… Saina doing a Sania” etc, etc…If Saina is the flying shuttle, then clearly, the girl’s hand with the National colours wristband is the hand of the Indian girl child aspiring to reach Saina’s height.”

Mr Gupte described it as a “high concept poster” and added, “High concept poster by Rahul Nanda has to be unfortunately explained in detail to a quick reacting, impatient world… Not stopping to think before rubbishing anything! Socho!”

Saina, a biopic on badminton player Saina Nehwal, showcases her stellar journey from being a young girl who aspires to win medals for her country and the actual process of turning her dreams into reality. Produced by Bhushan Kumar, the film will hit the screens on March 26. Shraddha Kapoor was the first choice for the film. However, she had to quit the project due to her busy schedule and many projects in her line-up.