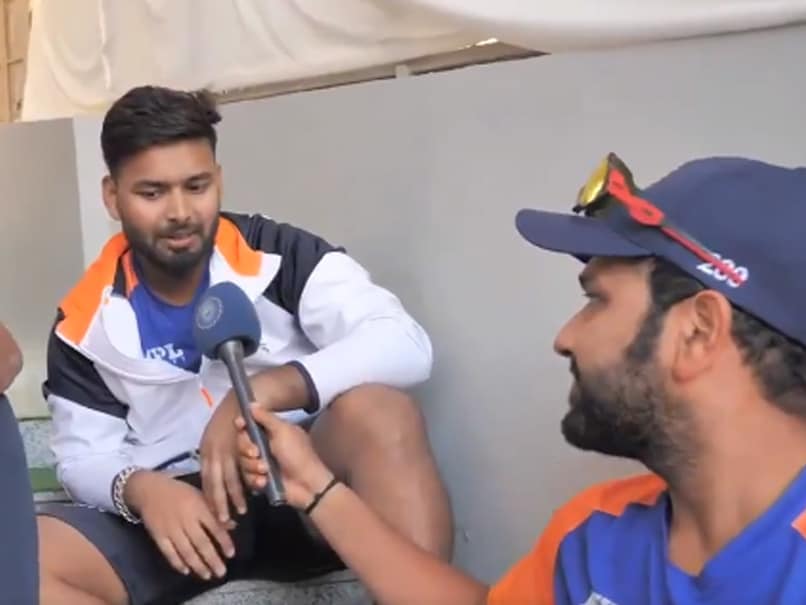 
India’s opening batsman Rohit Sharma on Friday praised Rishabh Pant and Washington Sundar for their brilliant performance on Day Two of the ongoing fourth Test against England and said they are very important assets to the team. Pant single-handedly put India in command on the second day of the fourth Test against England with his third century in Test cricket. Pant scored 101 runs in the innings while Sundar remained unbeaten on 60. At Stumps, India’s score read 294/7 with Sundar and Axar Patel (11) at the crease — leading the visitors by 89 runs in the first innings.

Fearless mindset @RishabhPant17 & @Sundarwashi5 chat up with @ImRo45 after their fine batting show on Day 2 of the 4th Test in Ahmedabad. – By @RajalArora @Paytm #INDvENG #TeamIndia

“You both are very important assets for the team because you guys do more than one skill. Your (Sundar) bowling is very important for the team… Rishabh, your keeping was so encouraging to watch. You seem to be working every day on your keeping which is why we see the results as well on the field. I understand it is not easy keeping on pitches like that,” Rohit said in a video shared on BCCI’s website.

Having started cautiously, Pant took the English bowlers to the cleaners in the final session to take the game away from the visitors.

“But the second half was completely different. It was important to play those shots on a pitch like that because we know that the pitch is not easy to keep batting like that.”

Replying to Rohit, Pant said: “The only game plan I had was to just see the ball and hit my shot after we got the lead.”

Rohit then asked Sundar how is he feeling after playing impressive innings. To this, Sundar replied: “Amazing (feeling) honestly. I should thank the management and senior players for keeping faith in me.

“I just wanted to play my natural game. After about 15-20 balls, I thought if I could just defend and spend a lot of time in the middle, I would be able to get runs and also put the team in a better position. Very glad that it happened today.”