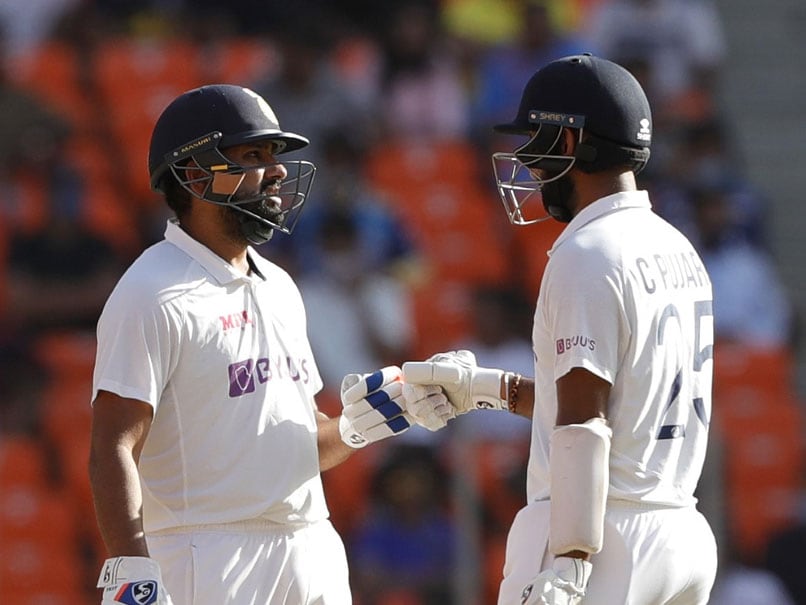 
India have put in a steady start against England on Day 2 of the fourth and final Test match, at the Narendra Modi Stadium in Ahmedabad. The hosts currently have Rohit Sharma and Cheteshwar Pujara batting, and the duo are building a decent partnership. Earlier on Day 1, India scored 24 for one in response to England’s first innings score of 205. The hosts lost the wicket of Shubman Gill, who fell to a delivery by James Anderson. Before the Indian innings, England batsmen were subjected to another trial by spin and they couldn’t quite find their way out of the web. Axar Patel picked up four wickets and Ravichandran Ashwin took three as England endured another collpase to bundle out for a sub-par score on what looks like a good wicket to bat on. Ben Stokes top scored for England with 55 runs. (LIVE SCORECARD)