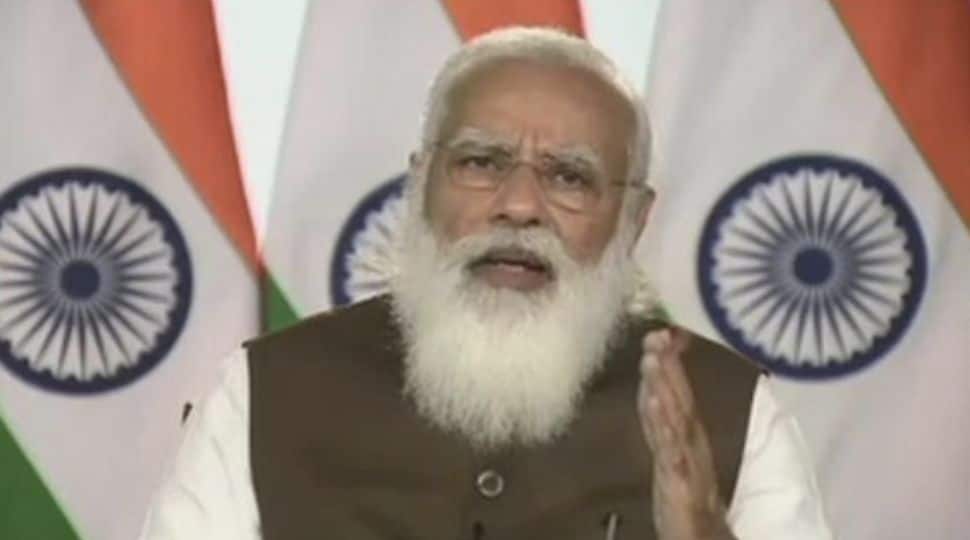 Prime Minister Narendra Modi laid emphasis on working hard to make manufacturing in India globally competitive and said that the government`s thinking is “minimum government, maximum governance”. “Manufacturing transforms every aspect of the economy, creating an ecosystem. Increasing manufacturing capabilities increases employment generation. We have examples from all over the world where countries have accelerated the development of the country by increasing their manufacturing capacities,” he added.

He added by saying that “India wants to work with the same approach. Thus, our government has brought one reform after another in this sector. Our policy and strategy are clear in every way. Our thinking is – ‘minimum government, maximum governance’. And we expect ‘zero effect, zero defect”.

PM Narendra Modi talked about the need for effective engagement of all the stakeholders of development, he said that the budget and policymaking should not remain only a government process. “Union Budget and country’s policy-making shouldn’t just be restricted to a government process. Every stakeholder associated with the development of the country should have an effective engagement in it,” he said.

“We need to take big steps and increase our speed and scale (in manufacturing). After COVID’s experience of the last one year, I am convinced that it’s India’s responsibility and not just an opportunity to move fast in this direction. Manufacturing transforms every segment of the economy,” he said.

PM Narendra Modi said that the energy sector will be modernised with the help of advanced cell batteries, steel and solar PV modules.  “In the past, industrial incentives were in the form of an open-ended input-based subsidy. Now, it has been transformed to a targeted, performance-based competitive process,” he added.