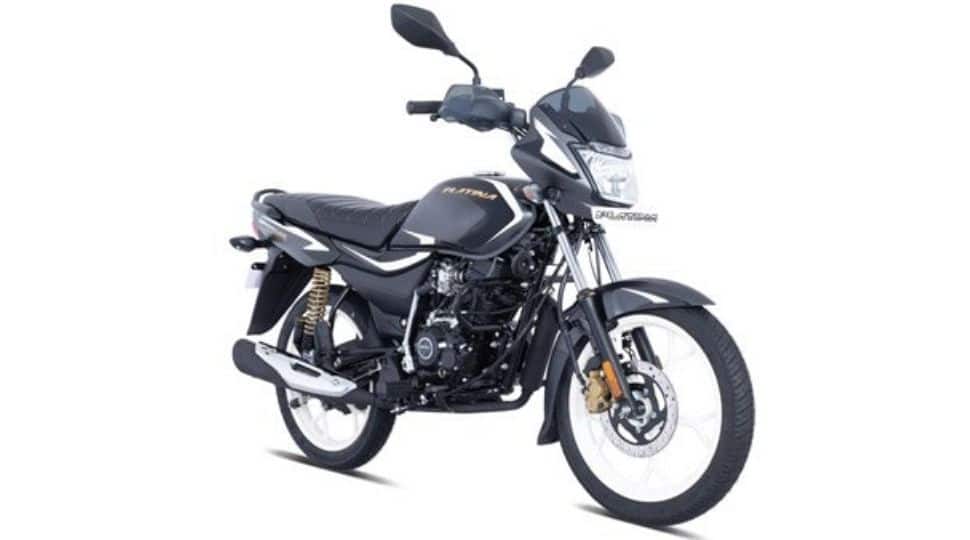 
New Delhi: Indian bike manufacturer Bajaj autos have recently launched another variant of their popular bike Platina. The Bajaj Platina is projected towards the commuter segment and offers huge value for money. The Bajaj Platina 110 now gets Anti-lock Braking System(ABS).

Bajaj Platina comes equipped with single-channel ABS, a feature that is first in the entire segment. The Anti-lock Braking System prevents the wheels from skidding in a sudden- braking situation.

The bike stays almost similar with some cosmetic updates. The bike gets newly styled rearview mirrors. It also sports knuckle guards. The bike gets 20 per cent longer front and rear suspension. It gets a comfortable quilted seat for added comfort on long highway trips. The bike sports a halogen headlamp with an LED day-time running light (DRL).

Bajaj Platina is powered by a 115cc, single-cylinder four-stroke petrol engine. This mill churns out 8.6 PS at 7000 rpm and a peak torque of 9.91 Nm at 5000 rpm. The bike is offered in three new colours which include Charcoal Black, Volcanic Red and Beach Blue.

The motorcycle provides a great milage and fuses looks with comfort. Commenting on the launch of Bajaj Platina 110 ABS, Mr Sagar Kanade, President of Domestic Motorcycle Business Unit, Bajaj Auto Ltd. said, “The new Platina 110 ABS offers unmatched safety by offering riders complete control over unforeseen braking scenarios. We hope that millions of Indians who ride across various terrains and roads of the country would take cognizance of the need to keep themselves and their loved ones safe and upgrade to the best-in-segment braking technology. The brand Platina has an unmatched proposition of comfort with over 7 million satisfied customers as a testament to its segment-leading attributes and now with the addition of ABS, it remains a generation ahead of its competitors.”

Bajaj Platina 110 ABS is priced at Rs. 65,920 and is available at all the Bajaj Showrooms across the country.