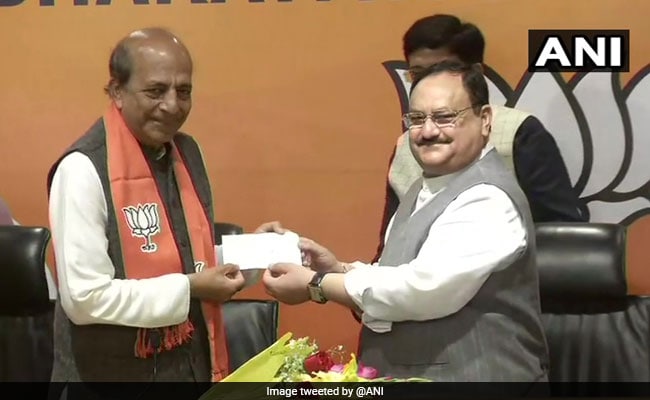 Dinesh Trivedi only recently quit the Rajya Sabha where he was a Trinamool member.

Former Railway Minister and Trinamool Congress MP Dinesh Trivedi today joined the BJP, the latest in a long list of such defections over the past many months. The 70-year-old’s change of course comes merely weeks ahead of the West Bengal Assembly polls, the run up to which is already seeing a bitter battle of attrition between the two political parties.

“This was the golden moment I had been waiting for,” Mr Trivedi said today after joining the BJP at party headquarters in New Delhi in the presence of Union Minister Piyush Goyal.

Mr Trivedi resigned his Rajya Sabha and Trinamool membership on February 12, saying he felt “suffocated” because of the violence in West Bengal and his inability to do anything about it.

“In Bengal, we talk about icons and their ideals but what we see is contrary. The (TMC) model of violence and corruption is not what Bengal stands for. This model will take Bengal to dark days. The state has so much potential and we can’t just let it go waste,” Mr Trivedi had told PTI.

A number of sitting and former Trinamool members have in recent weeks swarmed towards the BJP. The party’s former Rajya Sabha MP, actor Mithun Chakraborty is expected to share the stage with Prime Minister Narendra Modi tomorrow at a Kolkata rally. Whether he will join the party or campaign for it is still unclear though.

Among those who have moved from the Trinamool to the BJP are sitting MPs, state ministers, MLAs, top and leaders besides hoardes of grass root workers. This includes Trinamool stalwarts such as Suvendu Adhikari and Rajib Banerjee.

The state election will be held across eight phases from March 27 to April 29, the results of which will be declared on May 2.