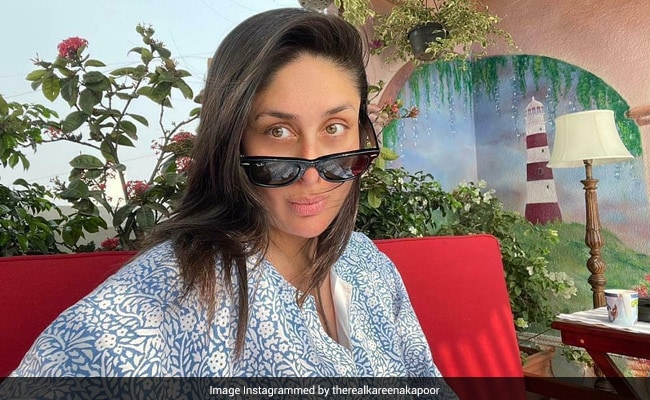 Kareena Kapoor, talking about mother-in-law Sharmila Tagore in a video message recently, revealed that the veteran actress hasn’t met the “new addition to the family” yet. Kareena Kapoor and Saif Ali Khan have welcomed a baby son – their second child – in February. The couple are also parents to a son named Taimur. While Kareena and Saif are in Mumbai, Sharmila Tagore has reportedly been staying in the Pataudi Palace for months now. In a video message for a session of Ladies Study Group, featuring Sharmila Tagore, Kareena recorded a video message from Mumbai. Addressing Sharmila Tagore in her note, Kareena said: “I’ve deep, deep respect and regard for you and I think the fact that this whole year has gone by when we have actually not been able to spend as much time as we did before the pandemic. You’ve not been able to see the little one, the new addition in the family. We are waiting to actually come together as a family, spend some time together with you.”

Ahead of that, Kareena said: “I’m lucky enough to actually know deeper than that which is that she’s warm, she’s loving, she’s caring. Someone who is always there not just for her children, but also for her grandchildren, also for her daughter-in-law. Somebody who has always been so inclusive of me, made me feel part of this family.”

Last year, Kareena Kapoor trended a great deal for her heartfelt birthday greeting to Sharmila Tagore. Sharing a black and white photo of the veteran actress, Kareena wrote: “To one of the coolest and strongest women I know.” She signed off the note saying, “Happy birthday my beautiful mother-in-law.”

In terms of work, Kareena was last seen in 2020 movie Angrezi Medium, in which she co-starred with Irrfan Khan. Kareena will next be seen opposite Aamir Khan in Laal Singh Chaddha, the shooting of which she wrapped in her early pregnancy months. Kareena also has Karan Johar’s much awaited period piece Takht in her line-up.